The heart and soul of Birmingham, one of the most original and one of their kind bands at the modern UK music scene, a four-piece Broken Witt Rebels had a hell of a year with recruiting a new member, signing to management, playing multiple shows in the capital and recording a new EP “Georgia Pine” which is set for release on April 15. It has been ages since we talked to the band last time so Gig Islands’ contributor Masha Polyakova caught up with the boys before their gig at Jazz Café last December and talked through all the news and expectations.

Firstly, let us introduce James Dudley – a new drummer for Broken Witt Rebels. “All the band calls me J.D.” Dudley says “cos we have two James’ in the band – one on the guitar [James Tranter] and myself, of course. So J.D. and J.T. – it just makes it easier. I’ve joined recently, we’ve just been in the studio and I’m joining tonight’s show.”

Broken Witt Rebels’ frontman Danny Core recalls how the new drummer got on the band’s radar. “When we met James he played with the band called The Stacks, we were fans of them. I saw James soundcheck, and it was like “Jeez”. I don’t think I gave an applause to anyone for soundcheck for purely drumming. When he wasn’t playing music for a while and I heard that, we said: “James, do you mind jumping in?” We talked, he jumped in, and it’s fantastic, we are really happy.”

“It was a bit funny, actually,” Danny continues “cos I knew James just in say hello, really small chit chat form, but I knew I want him in the band. I knew that at some point he would be our drummer, but I didn’t know him. We are just lucky enough he said yes. [He brings new influence] massively. I mean like going forward, loaded with new music, James gave us excitement for the next step, even experiment.”

J.D. says “I’ve been in the band before called the Stacks who had a few songs digitally distributed. We were touring and gigging to some extent. I remember when I was in that band every time we played a show with Broken Witt Rebels, I’d say to the rest of the members in the band “God, these guys are great. Can’t wait to play the show with these guys.” But to be actually sat at the drum kit with this guys in front of me, it’s a dream come true, really.” 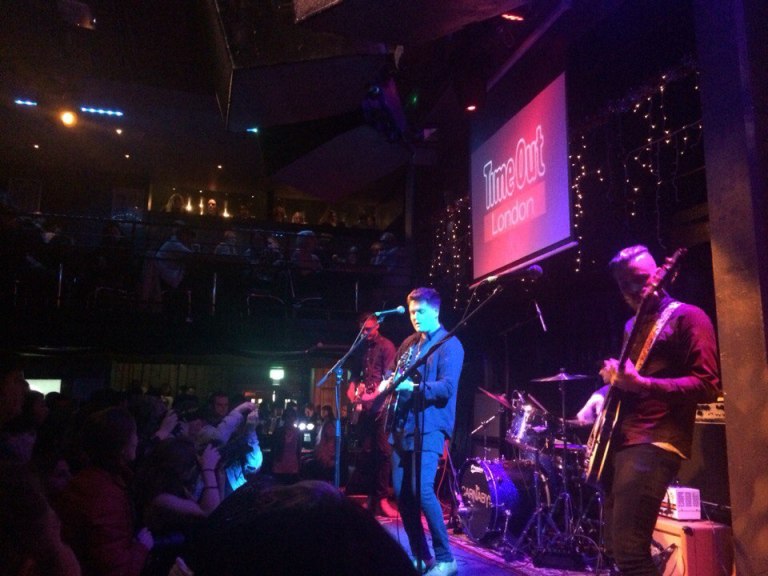 In 2015 Broken Witt Rebels got signed to Creative Sounds management. Danny recalls the story of getting a deal. “Our manager heard us on Amazing Radio. He had it on by chance, heard us playing and said “I need to know more”. He got in touch with us, and we went and met him. And, after a couple of matinees, we just said “yeah”. This is a man for a job. We took him on.”

The band’s bass player Luke Davis talks about the influence which having management had on the band. “It’s pushing us further to open more doors, to be able to break into the market better. [Personally] not that things changed for us, really. We’re just doing more. It’s all positive. It’s good to have a manager, to have people behind. He takes all of the business, and we got to concentrate purely on the music.”

J.D. continues “When you’re not thinking about “I have to be there, I have to do this. I have to do x,y,z”, – when you don’t do business side of things, you have more time to be creative. It’s a massive positive.”

Luke says “We didn’t have management, we haven’t even thought about management. And Ade reached out – always the man to talk to. Also, Kat [Kugler, PR manager], who is with us tonight, she really helped us out. And still does.”

Talking about last year, Danny recalls other highlights of 2015. “Camden Rocks was really good. But, as four of us now, we’ve just come out of the studio and finished the second EP. That’s been a highlight as we are now, I think.”

New EP “Georgia Pine” will be released in mid-April and the band discusses in which direction new recording went comparing to previous EPs. Luke says ”The next EP is a massive progression from where we are. I don’t think we’ve changed because what we do it’s what we do. But it’s definitely a massive progression. The sound is bigger. Everything has moved forward.”

J.D. says “As I said earlier, I’ve played many shows with these guys, just not in the same band. To be on the drum kit, especially when we went to the studio and recorded new songs, feels absolutely great. They had some direction towards how they wanted the songs to sound. They said: “Make it big. Make drums thunderous”. I’m really excited for what is coming up really. I didn’t want to sound like a new drummer, I wanted to sound like a drummer who have been here for a long time. And I wanted to be pretty seamless. So we spend a week going throw the old material or material that is quite popular now in the studio. I’m pretty excited. It’s like a fresh start for me and for the band as well.”

Danny summarizes the new EP in his own way. “We are just strong. It’s like I’m on steroids. It’s what we believe in and we’ve just raised the bar.” Here comes the question we’ve been wondering about for quite some time – how did the frontman “on steroids” discover his unique vocals?

Danny says “I was playing guitar and sort of changed over to singing. People started complementing me. I honestly took their complements as insults. I don’t know why, I just thought they are winding me up. And then, people said “No, no, seriously. You could have been a singer”. Okay. Cool. I mean, with the help from these guys I just grew, developed my confidence. I knew I had the power, I knew my tone. I just never looked at myself as a singer, but now I’m a singer. Probably, the best as well. [laughs] Better than Sam Smith! And Adele! I’m a male version of Adele.”

Last year Broken Witt Rebels became frequent guests to London and as a band they enjoy playing the capital. “It is good. It’s completely different to Birmingham which got a great history for music, but it’s not much happening there now for music, not for our genre. But in London, wherever we seem to go, it’s a full house. We will keep playing, as long as people keep coming.” The band doesn’t exclude a possibility that they may even move to London. “We spend quite more time here, so probably we would [move] eventually.”

Broken Witt Rebels seem to be on the way to something big in 2016 so Gig Islands’ last question for them is what is their dream venue to play. “For me,” Danny says “it’s a Bluebird in Nashville. It’s an iconic venue.” Luke continues “I love to say Glastonbury. I would love to play the festival with the crowd that you know will be a huge.” Finally J.D. comes up with his first choice “I will be really arrogant, and say “Let’s play Wembley”. Probably not next year, but that would be a good call.” 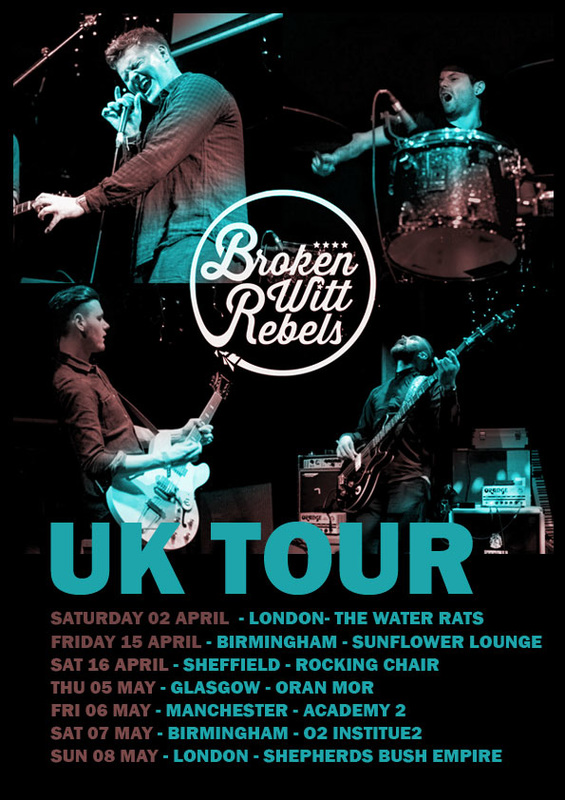 In the meantime, this Spring the band is going on tour. The dates are above and you can follow updates at the band’s website.